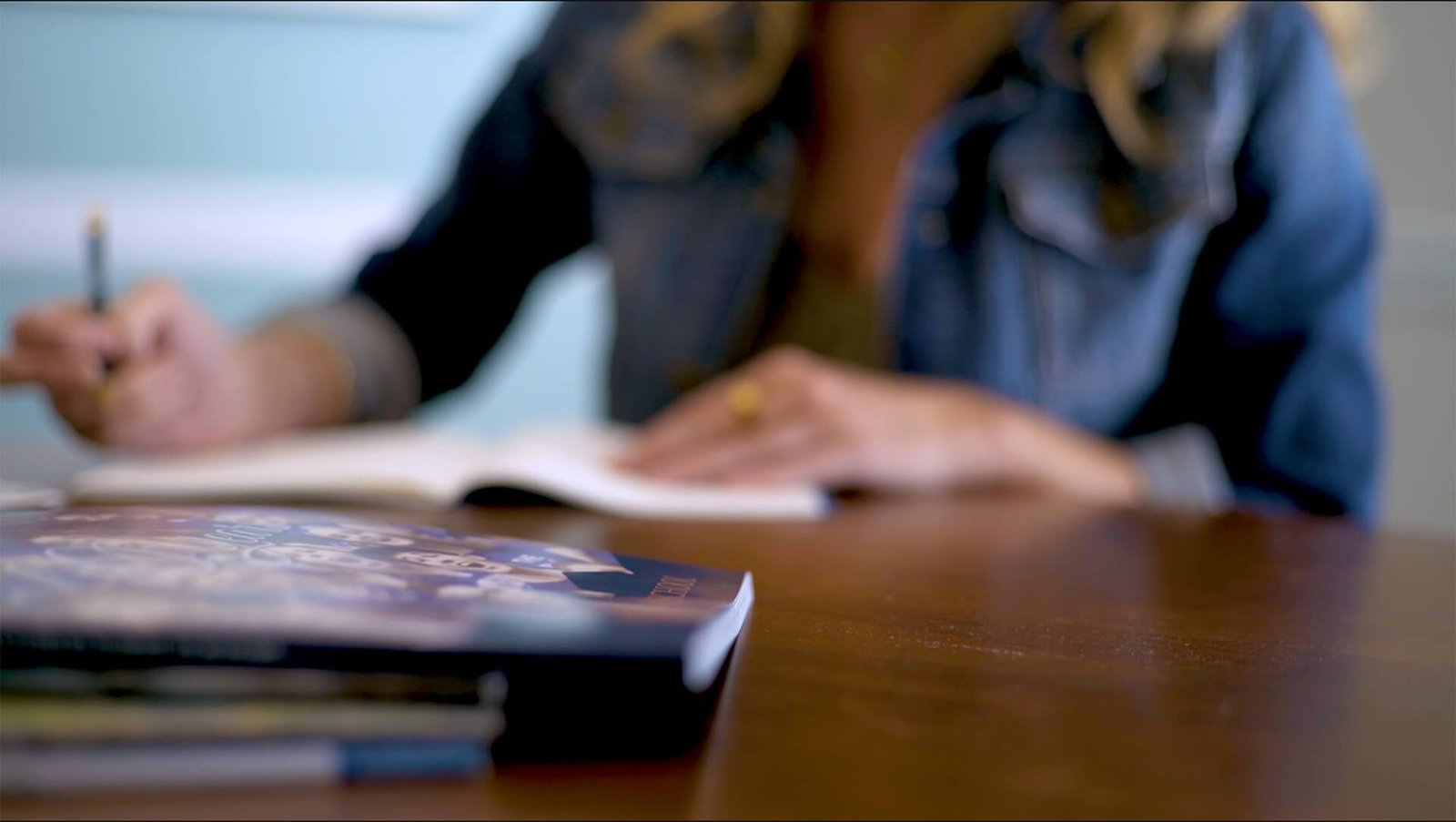 Q& A with Beth Behrendt

Author of a Mighty Spirit

It all began with a vision. In 1976, seven families joined together with a desire to provide their children with a college preparatory education. As they discussed their hopes and aspirations for a school with challenging classes, competitive sports, and a strong arts program, they began to realize that there was a significant need to create the type of school they were searching for. During these early meetings, they refined their vision and worked on designing an independent school built on small class sizes, academic rigor, abundant opportunities in both arts and athletics, and Christian principles.

Canterbury opened its doors September 8, 1977, to 89 students. The founders shared a concern of whether or not the school would truly be a success, but 40 years later, it is evident that their vision was one that would stand the test of time. Beth Behrendt, a writer, school volunteer, and mother to three boys, captured the enduring heart of Canterbury in her book A Mighty Spirit: Canterbury School at 40 Years. Behrendt explores the school’s history from its early years to the present day. She chronicles the changes that have occurred over the past 40 years, and one unifying theme clearly emerges: Canterbury’s spirit remains the same.

Why did you want to write this book?

The idea for the book grew from a conversation with Susan Johnson. I wanted to become more involved in the school community and was chatting with her about how I might use my professional backgrounds in library science and freelance writing. We talked about the school’s somewhat neglected archives, about the approaching 40th anniversary, and about interviewing the founders for this occasion. All of which led to the idea of a book to celebrate the anniversary. Susan and I pitched the idea to Jonathan Hancock, Headmaster at the time, who was immediately supportive.

Tell me about the writing process. When did you begin?

I started the process in the spring of 2016 by going through the archives and reading everything I could find about Canterbury’s founding, early history, and milestones through the years. I began the interview process with Jonathan and then each of the founders. I then tried to interview as representative a sample as possible of current and former administrators and faculty, alums and parents of alums, and current families. The interview process took a little over a year. A few of the founders shared documents from their personal collections that really helped round out the research. I had a constantly evolving draft of the book going the whole time – rearranging the chapters and plugging in quotes and interesting facts as I collected them. The focused writing and fact-checking happened in late summer and early fall of 2017; that draft was run by a proofreader/editor; the final text then went to a graphic designer for layout. After her layout was done we knew exactly how much space we had for photos. 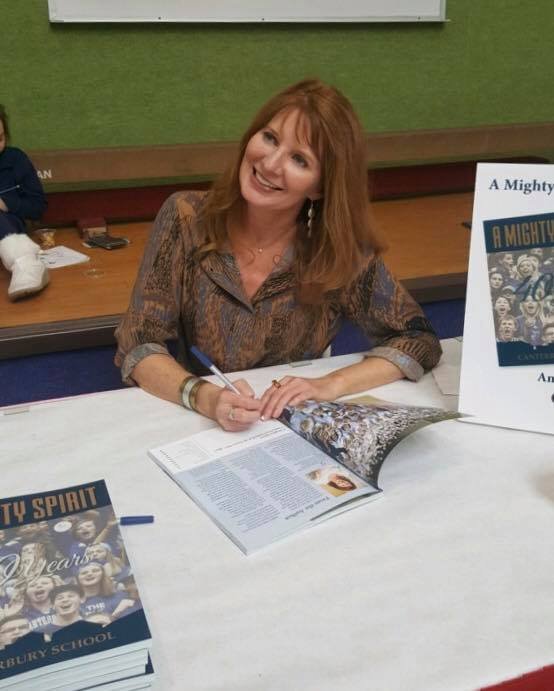 How did you choose which photographs to use?

I’d chosen a few “musts” as I went through the archives. Once we had the book’s layout, Susan and I spent weeks going through old scrapbooks and boxes of old snapshots to supplement each section of the book with photos that we hoped captured a representative range of eras and families and faculty.

What did you find interesting about your research?

I most enjoyed the interviews. It was fascinating to hear firsthand about the early motivations and the different personalities that came together to make Canterbury a reality. But it was also inspiring to talk with current faculty and administrators as they expressed their commitment and dedication to the students and the pride they take in their work.

Was there anything that surprised you in your research?

How little I knew! Even though my family has been at Canterbury for a number of years, and I was fairly involved in the school, I really didn’t comprehend its somewhat meager and experimental beginnings and the impressive amount of willpower and hard work that went into bringing the school along to meet the vision the early parents had for it.

Was there anything you wanted to put in but couldn’t?

Well, I did get some great “off-therecord” stories (but I promised I would keep those to myself)! I do wish I could have done more interviews – I could probably have spent another year interviewing all the people who’ve been important to the school’s history and development. But we had a deadline – there just had to be cutoff point for the interviews so I could get to the actual writing.

What was the most difficult part of writing the book?

The writing. Talking to people, reading old documents, and looking at photos was all loads of fun. Sitting and staring at my laptop and trying to figure out how to take ALL that information and turn it into something people might enjoy reading was daunting, to say the least. I wanted it to be more than just a listing of events and milestones. I wanted to convey the love and pride and humor that I’d enjoyed in every interview – to really tell the story of the heart of the school and convey to readers how fortunate we are to be a part of such an endeavor.

Is there anything you would change or do differently?

I debated whether the interviews should have been videotaped. A particular time that I wish a camera had been following us around was when founder Rev. Cory Randall gave me a tour all through the original school space in Trinity Episcopal Church and described the resourcefulness of the early parents to make it a workable space. On the other hand, I’ve found that when people know they are being recorded they aren’t as relaxed. I didn’t want to risk losing a genuine connection with those with whom I spoke – I wanted their personalities to come through as much as possible. 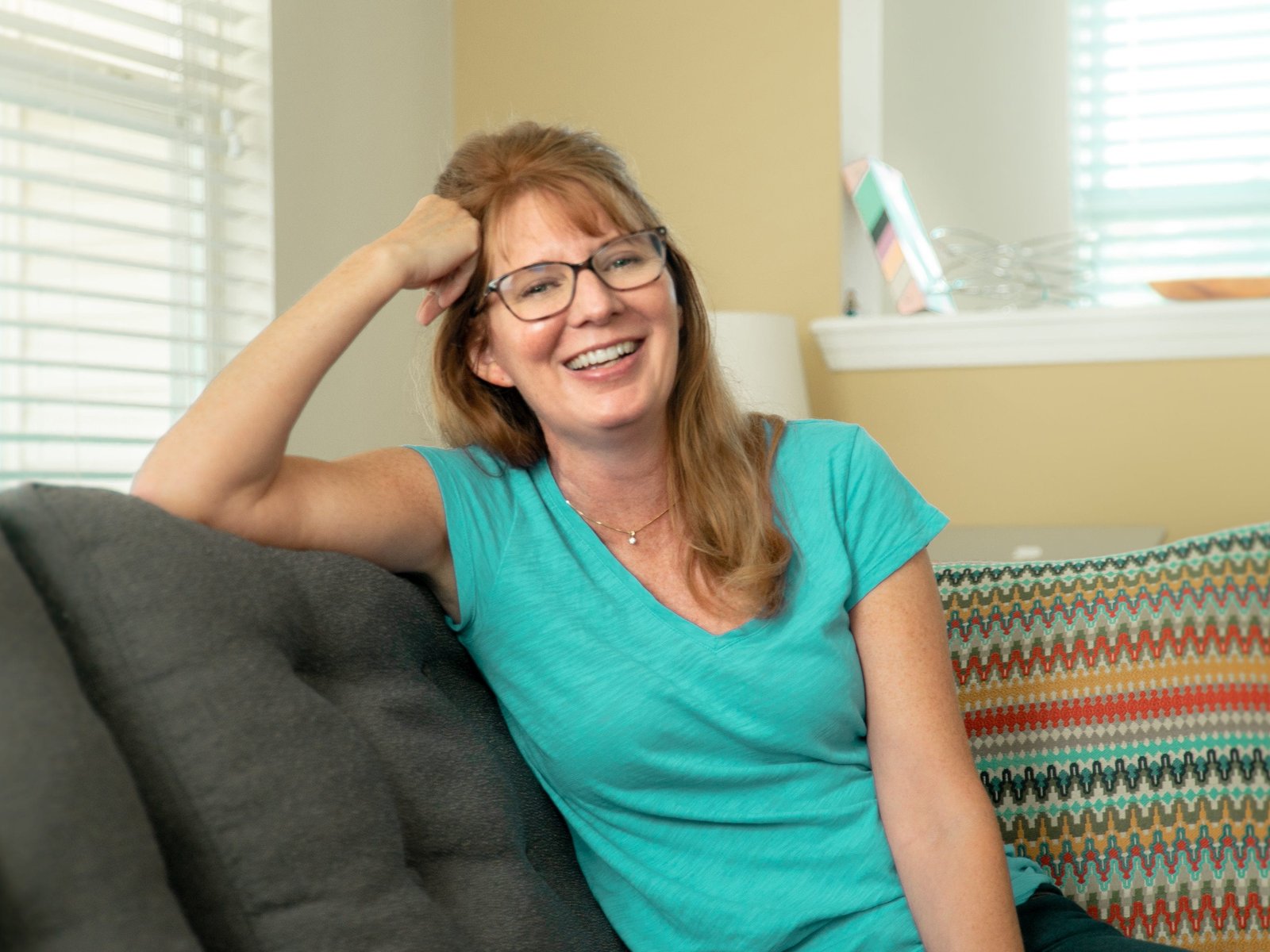 Finally, should we expect to see a “50 years later” book in a decade?

I’ll leave that to the 50th Anniversary Committee to decide! My youngest son will be a senior that year – so while I will still be around, I’ll be very old. Maybe some youngster can tackle a digital archive? I think that would be a great project to preserve Canterbury’s history for the future.

Download
View More of My Work
Login to Beth Behrendt | Freelance Writer, Author, & Nesting Mom
Reset Password
Enter the username or e-mail you used in your profile. A password reset link will be sent to you by email.