Yes, My Three Children Were Planned 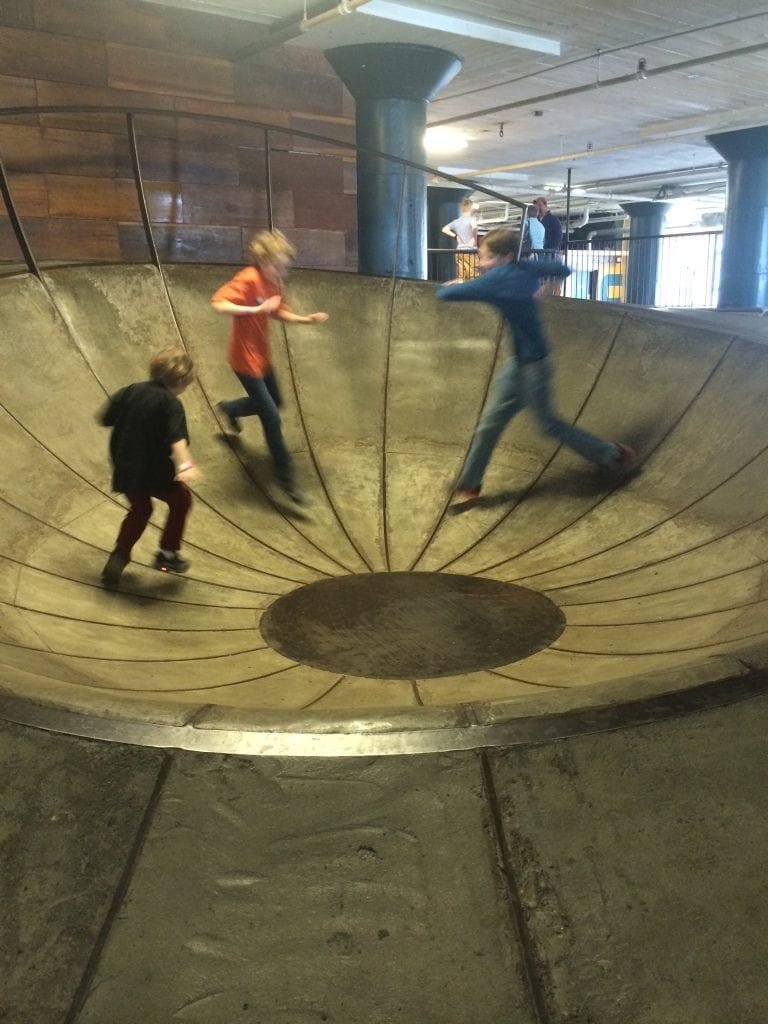 Yes, My Three Children Were Planned

(And What Life Taught Me About Planning.)

My three boys were all born while we lived in Washington, DC, where – at least in the group of two-career professional couples we socialized with — having one child was the norm. A few outliers had two. Three (or more)? Practically unheard of.

When I became pregnant with our third child, I got a lot of “Congratulations?” and pitying head-shakes. At a neighborhood party a woman I barely knew even went so far as to ask, “was this pregnancy a surprise?!”

When I told my dad about this exchange he said, “You should have grasped her arm and desperately whispered, ‘Can you pleasetell me how to make this stop happening!’”

Wish I’d thought of that.

But, no, it wasn’t a surprise. I chose to have three children. The surprise is that I decided to have kids at all.

For decades I was ambivalent about being a mom. As a young girl, I liked dolls but found the real things to be much less appealing. Babies were so break-y looking and smelled weird.  And how exactly was I supposed to interact with them? Small children with their incessant playing and talking were exhausting! In high school I much preferred my drugstore cash register job to babysitting. The elderly neighborhood regulars were easy to entertain (just listen and laugh at their jokes and they think you’re the greatest thing since sliced bread). And interacting with them generally just required standing in one place (unless they needed help finding the BENGAY aisle.)

Other girls my age, like my younger sister, seemed totally comfortable with babies and little kids. They held them, and played with them, and appeared to even be enjoying themselves. I just … didn’t. And didn’t really see any reason why I needed to. Children were not on my radar. When I grew up, I wanted to live in a big city, have an interesting job, and travel the world.

And I did. After grad school, I moved to DC and had a job I loved. I travelled for work and for fun; on my own, with friends, and with my boyfriend (eventual husband): San Francisco, Chicago, New Orleans, New York City, Seattle, and Memphis; and abroad to Paris, Nice, Amsterdam, Kenya, Budapest, London, Frankfurt, Rome, Florence, Costa Rica, and Montreal. Many of these places multiple time.

Marriage to my boyfriend eventually seemed like the thing to do. I still wasn’t sure I wanted kids, and Bill was fine with that. We were enjoying our DINK (double-income, no-kids) lifestyle. We knew practically every restaurant in town, saw countless concerts, had frequent late-night dinner parties, and bought an old Capitol Hill rowhouse and spent our weekends (and money) fixing it up.

Then, in a moment, I changed my mind.

Walking from my office to the Metro station one March evening, I was lost in thought over the usual work/home/life stuff. I don’t recall the specifics of what I was stewing over, but know the theme was: “me, me, me and me.”

I’m not sure why, but the thought of my sister and her new baby popped into my head. No, I did not have some sudden surge of maternal longing; just the simple thought: “When you have a baby, you probably don’t have time to think about anything else.”

That idea really appealed to me. I thought (in what may be the greatest underestimation of the demands of parenthood EVER), “I’d like to have someone else you have to think about instead of myself all the damn time…. I think I want a baby!”

I pondered that for a couple of days then that weekend, as we drove our carload of home renovation stuff from the suburban Home Depot back to The Hill, I said to Bill, “I’ve been thinking I might want to have a baby. What do you think of that?”

“Okay!” I laughed. “But isn’t it weird that we just made a major life-changing decision right here, right now?”

“All sorts of life-changing decisions happen that quickly, in mundane circumstances,” he said. “Why not this?”

I nodded thoughtfully as I watched the strip-mall landscape glide past my window. Then turned to Bill, “Well. I’m excited!”

Then my planning began.

I wanted a springtime baby because:

2) spring would be nice time to be outside walking around with a baby.

3) my birthday is in the spring, so I knew first-hand that it’s a nice time to have a birthday

These seemed pretty important at the time. (Eyeroll emoji.)

I figured we needed to start trying by July. I got an OB, went off birth control, started eating healthier and drinking less, and studied up on the best time in your cycle for getting pregnant. (I am embarrassed to admit how shockingly little I understood about this! Also, this was pre-Google, so I had to go to the bookstore and buy a book. Can you imagine?!)

When Jack was about six weeks old, we were sitting at our dining room table over dinner with some friends as he slept in my arms. One of them asked, “Are you going to stop at one?” (Bill and I had discussed that, but hadn’t decided for sure).

For a moment, I looked down at my little blond-headed baby sleeping in his little footie jammies, then announced to the room, “Nope. I want three boys!”

When I tell that story to my boys now, I always end with, “And that just goes to show, be careful what you wish for!”

They laugh at my Mom-joke every time. (I’m not sure why – because I’m totally f’in serious.)

So, it was going to be three babies and I wanted three years between each. Somewhere I’d read a three-year gap between births was best for the mother’s body to recover, and that three years made for significantly less sibling rivalry than kids born closer together. Plus, I was really enjoying the one-on-one time with baby Jack and didn’t want to move quite yet into being exhausted by pregnancy and then distracted by a new baby.

I also figured it would be nice to stick with the springtime baby thing. Bonus: I could reuse my maternity clothes because I’d be pregnant again during the same time of year. Obviously, I knew I couldn’t control the boy vs. girl thing, so I just kept my fingers crossed on that.

I was loving my one-on-one time with Mickey as three-year old Jack started preschool. But quickly, it seemed, the next “baby planning time” rolled around. I did my scheduling and my healthy eating and was pregnant right on my track to have baby number three in the spring of 2007.

And then life reminds you who’s really in charge. (It’s not you.)

At 11 weeks I had a miscarriage. One of the most awful experiences of my life. I won’t write about it here — just to say that if you’ve experienced this, I know your pain and my heart goes out to you. It SUCKS.

It took a while to recover – emotionally and physically – from that. But I did not doubt that I still wanted a third child. Thankfully, the next pregnancy went just fine, and baby Max was born on March 30, 2008.

And now? Eighteen years later? What has all that awesome planning got me? Well, yes, three awesome sons. For which I’m eternally grateful, they have completed my life blah blah blah.

But what did my planning also get me? Let’s just say that the rest of the family calls spring: “Birthday Season.”I call it: “’What the Hell Was I Thinking?!’ Season.”

Spring means three sons’ birthdays to plan and celebrate between March 30 and April 17. And, as anyone with kids knows, there’s not just ONE party to plan for kids. Oh no – there are separate parties for friends, family, and school — and don’t forget the special birthday breakfast!

In the seven weeks of “Birthday Season” our family also has five (or six? I’m losing count) aunts’ and cousins’ birthdays; Mother’s Day; and, oh, yeah, my birthday, too! It’s exhausting.

I imagine the gods of best-laid plans laughing every spring. “Look at the human. Thinking she knew how to plan for herself. So naive.”

Okay. Lesson learned. No, not “you can’t control everything.” The real lesson is that you shouldn’t control everything. Because, frankly, you don’t know what the hell you’re doing. There’s no way we can begin to conceive of all the possible repercussions when we put a plan in motion. Which is probably fortunate – because some will be terrible. Fortunately, some will be also fantastic. But we just won’t know until we get there.

I’ll always be a planner to some extent. Most of the time it brings a smidgen of predictability into the chaos of life (our nesting lifestyle might not function without a fair amount of it). But I’ve also fully embraced that my planning doesn’t mean I’m in control. Of anything. And that’s okay. The chaos, surprises, and mistakes couldn’t be planned if you tried. And those are what truly make for the fullest life (plus, if you can keep your sense of humor, you can get some pretty good stories out of them, too.)