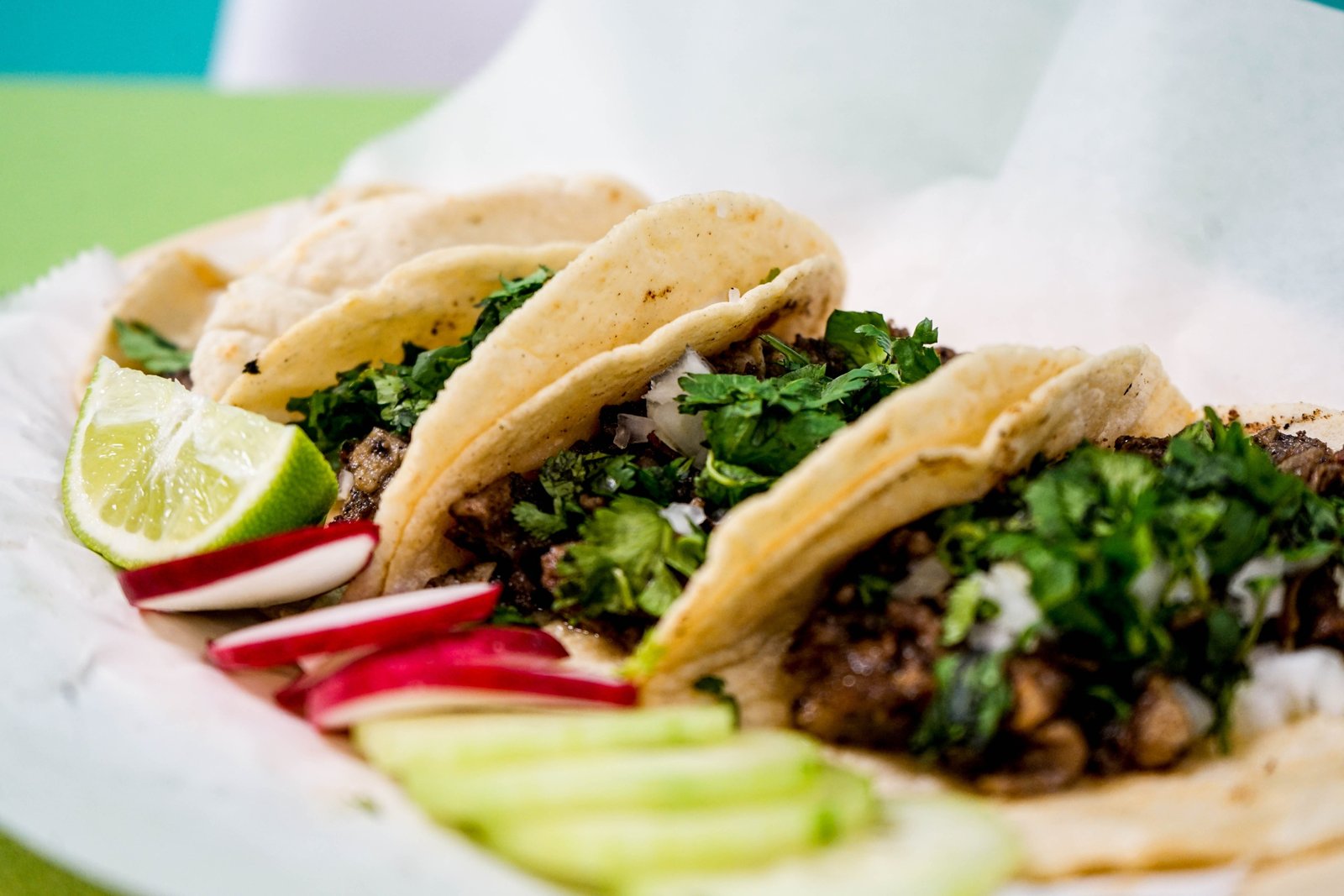 Everybody does Taco Night at their house, right? No big deal. Super popular with the kids. Relatively easy. Just for “fun” I’ll give you the rundown on our most recent taco night and describe how I make it as “real” food as possible. It’s easy (and cheap and healthy) to do it without resorting to any highly-processed or sugar-laden spice packets, seasoning mixes or pre-shredded ingredients. Here are the standard “fixings” at our house (I do mix it up or add different stuff — like spinach, cilantro, chopped green onions, etc. — depending on what’s in the fridge):

Browned, then seasoned with our own version of the McCormick “Taco Seasoning” packet.

Also (organic, local when possible):  shredded cheddar, chopped tomatoes, black olives, corn (frozen, defrosted), avocado, chopped romaine lettuce, black beans (from a can), salsa, Greek yogurt (I started using this years ago, instead of sour cream, and much prefer it). And Tabasco — I doubt that it’s organic and I KNOW it isn’t local, but I just love it and have never found anything that tastes the same.

I try very hard to toss a humorous nugget or two into all of my blog posts (into everything I write, actually). (“You do?? Since when??”. Haha. Very funny.)

So … taco night was rolling along and I was plotting in my little brain the post’s organization, how much to describe, which photos I wanted, blah blah blah…. Yet a constant nagging thought in the back of my head was: “There is not a single damn funny thing to say about Taco Night! Darnit!”

Then this happened. Ole!

You might also like
One of these great reads
TV. Party. Food.
Last Minute Thanksgiving Ideas.
A few days in the life..

A few days in the life..