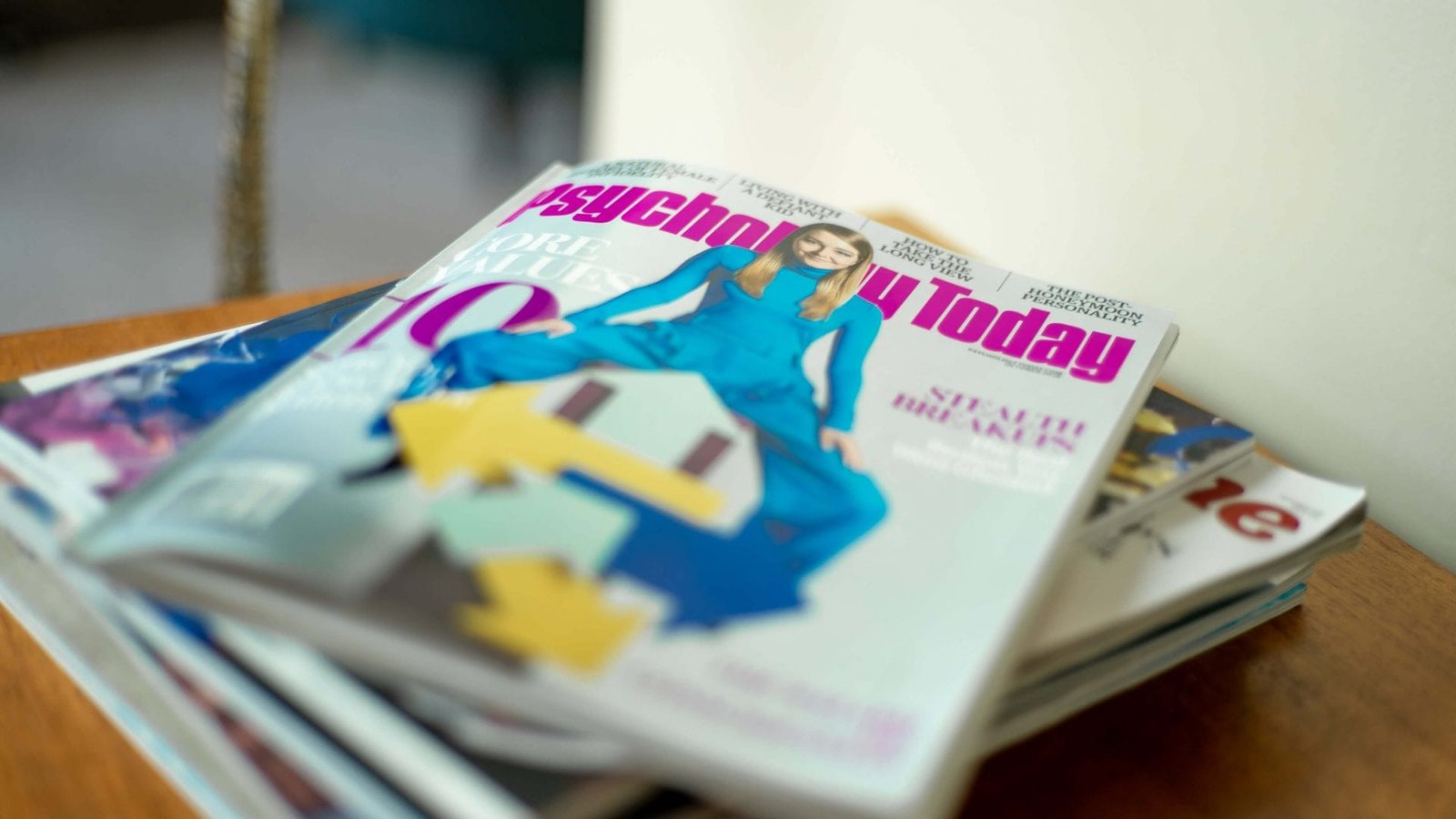 A mother was terrified her divorce would hurt her young sons, until she settled on an arrangement that is both novel and routine. — By Beth Behrendt

Bill and I sat by the front window of a cozy Irish pub , watching snowflakes drift from the dark sky to the street below. The reflection of candlelight flickered in the glass window. In other circumstances, I thought, this would be kind of romantic.

But other circumstances these were not. Bill was my husband at the time, but for the previous 10 years, we had been struggling to preserve our marriage. Whenever we hit a stressful point, Bill would erupt in anger, and I would unquestioningly placate him or even lie to him—sometimes at the expense of the emotional needs of our three children. We struggled exhaustively against this pattern, through ongoing conversations and couples therapy, but we couldn’t overcome it. We discussed the same topics again and again, spinning our wheels in ruts as deep as the tire marks on the snowy road outside.

It seemed the only way forward was to keep talking. I waited for him to speak. The words that came out—still, to this day—rank among the most loving things I’ve ever been told.

A warm feeling of relief flooded my body and a smile slowly spread across my face. “Thank you,” I said, reaching for his hands across the table. “Thank you.” A hot tear dropped onto the table next to our clasped hands.

But within moments, my feelings of relief were plowed over by my fear of completely failing as a mother. I had brought these helpless individuals into the world and the single most important thing to do was to keep them free from harm. They were just little kids and I was about to do something that would cause them great pain.

I was wracked with guilt at the thought that our divorce might cause irreversible emotional damage. The concerns were overwhelming: Would I be able to parent effectively without Bill? Would kids at school make our boys feel bad about having divorced parents? Would the experience affect whether they fell into broken relationships themselves? Our sons were 5, 9, and 12. They fell smack in the age range (between 3 and 13) when divorce is considered to be most harmful.

I read countless books and blog posts about how to navigate post divorce dynamics with your children and former partner. But so much of the information about coparenting seemed outdated: “Dad gets one night a week and every other weekend.” The advice seemed based on contentious relationships and making sure “you” got “your” way. I wanted the transition to be as peaceful for the kids as possible, and I wanted our relationship as parents to get better, not worse.

One Sunday morning, I came across a concept called “nesting”: The children stay in the home while the parents alternate caring for them by moving in and out of the “nest.” The goal is to keep life as consistent as possible for the kids. They don’t move back and forth between houses or have different living arrangements at mom’s house compared with dad’s. They stay in the home they know, with all of their belongings, and maintain the same daily routine.

That’s it! I thought. This could be the answer. The home could be a point of stability in the turbulence to come.

When it was time to tell the boys, it was not an easy conversation. The older two were particularly upset and began to cry as soon as they heard the word divorce. I still don’t like to recall that moment. The sound of your child in pain is the worst sound in the world. To know that your words are the source of that pain is a knife in the gut. The urge to wrap them in my arms and cry myself was overwhelming, but I knew I had to appear calm and just keep talking. Our therapist had advised that kids’ first reactions

“Certain moments provide reassurance that the stability of home has helped avert the fears I once had.”

are to feel scared and wonder what it means for them. We had to address those fears immediately and directly.

“But you’re staying here in the house,” I said. “That’s not going to change. Dad and I will just move in and out and take turns taking care of you.” To my surprise, they both calmed down.

“Really? We don’t have to move? We’ll see you both?” I quickly nodded. “Yes, really. We promise.”

Now, almost five years later, we’ve kept that promise. The logistics of how Bill and I live outside of the nest have evolved over time. To start out, we found a place to share, although we never stayed there at the same time. We included the boys in the discussion, and they even helped move us into the new one-bedroom apartment with its little deck overlooking the woods out back.

My first evening alone was a mixture of exhilaration about the path ahead and intense worry over my children. I missed them. I’d spent nights away from them, of course, but always out of town and for a good reason. It was weird to know they were just a seven-minute drive down the road. Did they miss me, too? Did I want them to? I felt conflicted. Yes, I wanted them to miss me, but I didn’t want them to be sad. I FaceTimed with them to say goodnight. They told me how Dad had made pasta for dinner, that our dog Chloe had stolen a hunk of Parmesan cheese off the counter, and that they were playing Minecraft together now. I wished them goodnight and told them I loved them. “Love you, too, Mom!”

Bill and I chose to share an apartment because it was less expensive, easier than finding two places, and we weren’t 100 percent sure nesting was going to last. But the shared space also made it difficult to move on, because we were constantly confronted with evidence—like a new tie or two wine glasses in the dishwasher—that each of us was trying to figure out life without the other. It was hard not to obsess over what Bill was doing, whom he was with, and if that would confuse the boys or cause them pain.

We also had to work through the challenge of splitting up household tasks, distributing the financial responsibilities, and adjusting to new dynamics with family and friends— 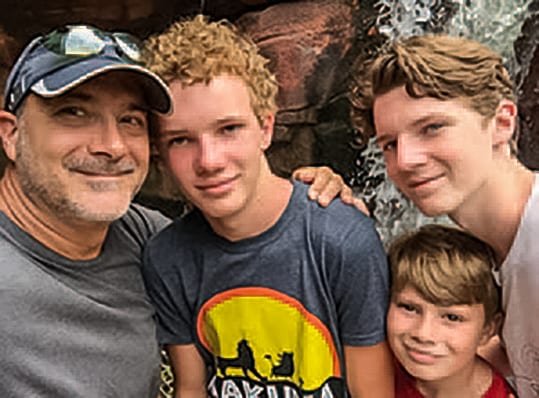 not to mention the occasions when I arrived at the house only to find that I’d left a pair of shoes or my makeup behind. Recently, I walked into the nest as Bill was finishing the laundry before leaving.

“Dammit!” I exclaimed. “I forgot my laptop!”

“At least it’s only your stuff,” Bill called out. “Can you imagine moving the boys and all their things back and forth?”

For the boys, life is consistent. They wake up in the same beds each morning, find their belongings where they left them, and go about their regular activities. Now that Bill and I have hit a comfortable groove with what the new “us” is, I’m relieved that we offered our kids stability through the earlier, rockier times. Their teachers have seen other kids struggle to keep track of homework between two households and always support our arrangement. Their friends sometimes don’t realize we’re divorced. “How can you not know that?!” the boys tease. Well, how would they? The boys have the typical stresses and worries of adolescence, but the divorce doesn’t seem to be one of them.

Are the boys grateful? Appreciative? Do they say, “Thanks so much, beloved parents, for looking out for my emotional well-being during what was surely a difficult time for you?” Um, no. Like every parent, I learned early on: If you go into this expecting gratitude and appreciation, you’re in the wrong gig.

But certain moments provide reassurance that the stability of home has helped avert the fears I once had. My youngest son goes to therapy sessions, and I participate in the first half of the appointment. At one session, the therapist gently brought up our unusual housing arrangement. My son popped up, grinned, and launched into a thorough explanation of nesting.

“That’s very interesting,” she replied. “What do you think of the way your family lives?” He shrugged. “I think we seem about the same as any other family.”

Download
View More of My Work
Login to Beth Behrendt | Freelance Writer, Author, & Nesting Mom
Reset Password
Enter the username or e-mail you used in your profile. A password reset link will be sent to you by email.