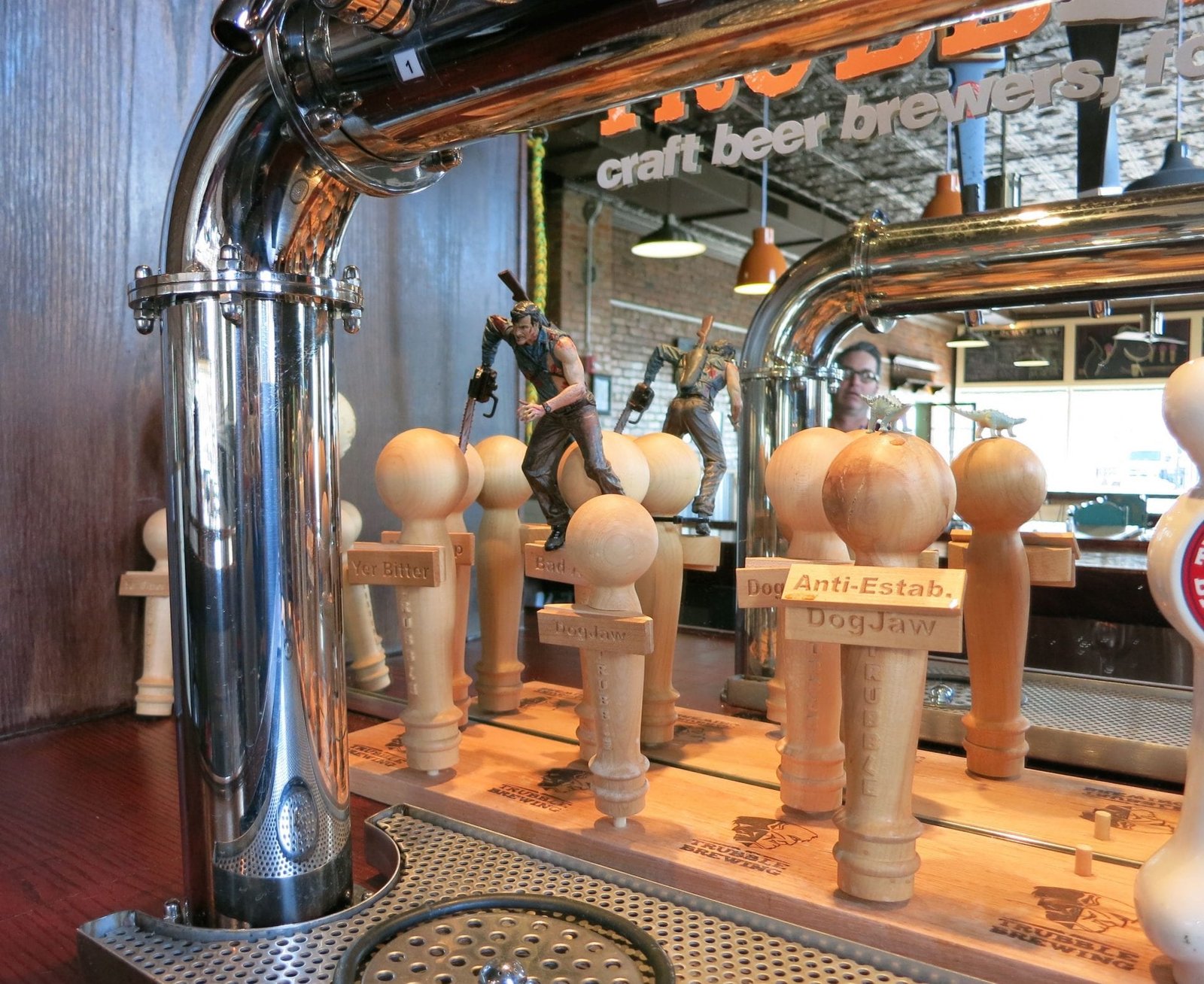 By Beth Behrendt for The News-Sentinel
In the dark about craft beers? To the uninitiated, the craft beer scene can feel intimidating. What’s the difference between pale ales, porters and pilsners? Names like “Ring of Dingle,” “DogSlobber” and “Wahoo White” leave a lot to the imagination about the “taste-profile” you might encounter on first sip.
But there’s no denying craft beers are more popular than ever. Local bars, restaurants and beverage stores are touting their wide selections of craft beers — from small, independent, regional and local breweries. Fort Wayne already boasts a handful of local breweries, with more on the horizon.
Nationally, consumers’ growing preference for craft beers is impacting the entire beer industry. In 2015 the Brewers Association reported 4,144 U.S. breweries in operation. The previous high was set back in 1873, when the number of breweries in the country tallied 4,131. For comparison, as recently as 1990 there were only 220 breweries nationwide. The latest industry figures show craft breweries’ volume share of the market at 11 percent, with a sales value of $19.6 billion.
Stan Ziherl, president of Five Star Distributing, said, “There’s been a ‘sea change’ with beers. Craft beer was initially popular with younger consumers — 21-27-year-old males who have less brand loyalty, are more adventurous and jumped in with both feet. The local food movement and the number of food and beer pairing events going on have attracted a lot of ‘non-traditional’ beer drinkers to craft beers.”
Chad Hankee, owner and chief brewer at Trubble Brewing, said, “It may have started with millennials, but we are seeing all ages in here.”

“It’s definitely popular with foodies and fits well in the ‘farm-to-fork’ trend,” said Brett Gallmeyer, district sales manager with Cavalier Distributing. “Craft beer is about taking beer back to its roots, using traditional ingredients and methods. The small independent brewer focuses on the quality of the ingredients and avoids over-processing the beer.”

Let’s start with the basics to understand the different styles. Gallmeyer explained, “Think of two ‘family trees’ for beer. There’s the ale tree and the lager tree. Ales include ales, obviously, but also stouts and porters. The lager family includes lagers and pilsners. About 98 percent of craft beer is in the ale family, with India Pale Ales being the majority of that.”

India Pale Ales (IPAs) get their name from the days when the English were shipping beer to colonial India — beer brewed with more hops and a higher alcohol content was better preserved to survive the long sea voyage.

Hankee added, “Ales are called ‘top fermented.’ They ferment at warmer temperatures. Lagers are ‘bottom fermented’ — fermenting at lower temperatures and for longer.”

Trubble Brewing will be serving six of its own ales in a month. For now there will be weekly limited releases of Trubble beers, alongside other craft breweries’ beers on tap.

Beer is traditionally made from malt, hops, water and yeast. Brewers get creative with the types of hops and malts they use — as well as other added ingredients like grains, spices, etc. — to make the wide range of styles and flavors.

There are some clues to give you an idea of the taste of a particular beer. The terms “light,” “medium” or “heavy” are used to refer to the “mouth-feel” of the beer — anywhere from clean and crisp to a richer, thicker sensation. “Malty” or “hoppy” references the ingredients, how they were processed and when they were added in the brewing process. These flavors can range from nutty to fruity to earthy to bitter.

Another way to influence the taste of a beer is barrel-aging. If the barrel hasn’t been used before, the beer can pick up the oak-y flavor of the wood. If the barrels previously were used for other beverages — such as bourbon or wine — those residual flavors will be imparted to the beer.

The color of the beer is also a good indicator of the taste. The popular IPAs include “white” and “black” styles; i.e., very light to very dark. Some beer styles — such as ambers, lagers and brown ales — are named after their color. Beers light in color may taste more like grains or bread. Darker beers are described as toasty to roasted nut flavored.

Country-specific descriptions are used as well. A beer does not have to be brewed in that country to be referred to as that style. Lots of American craft breweries are creating “German-style” lagers, “Belgian-style” ales and “English-style” stouts.

The best way to learn about craft beers is to start trying them. Servers and bartenders at local venues are knowledgeable about the craft beer offerings and will make suggestions or let you taste a sample.

Ziherl recommended, “Go to beer tasting events at local beverage stores or head to a brewfest. One of the most fun things about exploring craft beers is learning the stories. The meaning of the names and the designs of the labels all have a story behind them. Just take a chance and step out of your comfort zone.” 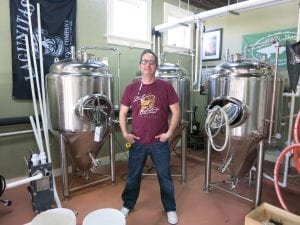 Chad Hankee, owner and chief brewer, is shown here in the Trubble Brewing brewery. By Beth Behrendt for The News-Sentinel 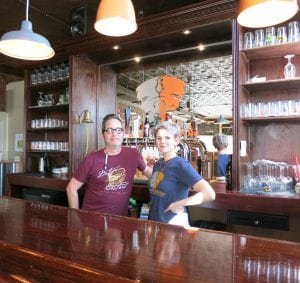 Chad Hankee is owner and chief brewer of Trubble Brewing; Tessa Brumbeloe is a bartender. By Beth Behrendt for The News-Sentinel

View More of My Work
Login to Beth Behrendt | Freelance Writer, Author, & Nesting Mom
Reset Password
Enter the username or e-mail you used in your profile. A password reset link will be sent to you by email.